All County offices will be open to the public starting June 1st. Masks are required in our building for those who aren't vaccinated.

Help the US Fish & Wildlife Service!

Find this article at:
go.ncsu.edu/readext?478515
— Written By Diana Rashash 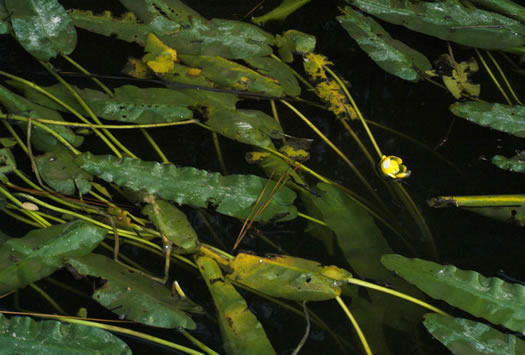 The US Fish & Wildlife Service (USFWS) is trying to learn more about the distribution of an aquatic plant native to southeastern VA, eastern NC, and northeastern SC. It has been known to frequent the Northeast Cape Fear, Black, and Waccamaw Rivers. This is NOT an exotic invasive plant; rather, it is a native. As such, the USFWS would like to learn more about the plant’s range and abundance.

The USFWS is interested in photographs, water body names, road crossings…actual longitude and latitude; whatever information that you can provide. The reports should be directed to Dale Suiter at Dale_Suiter@fws.gov or (919) 856-4520 extension 18.

For additional information about this plant, see the USFWS Cape Fear Spadderdock factsheet.